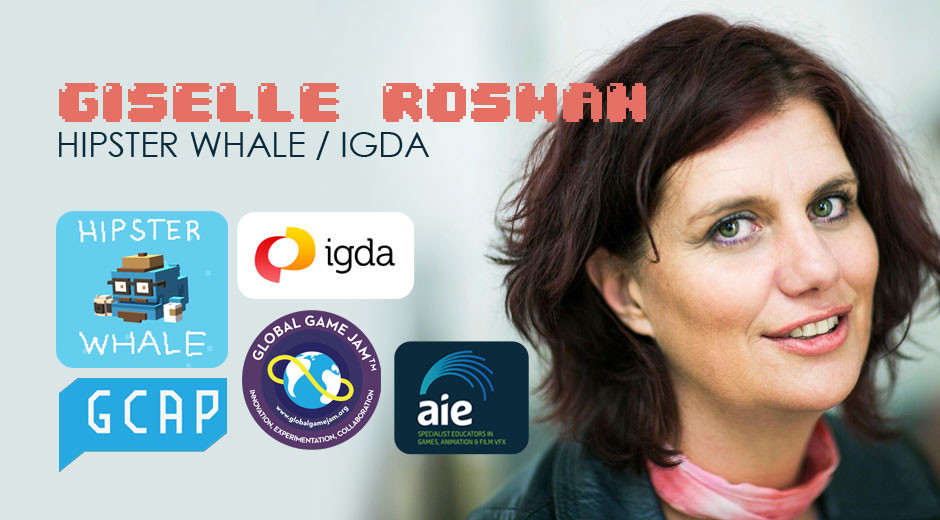 Giselle Rosman is the Business Administrator for Hipster Whale, the Director of the IGDA Melbourne Chapter, and the Executive Producer for the Global Game Jam.

She was the Event Co-ordinator for Game Connect Asia Pacific from 2013 to 2014, and worked in the education sector at La Trobe University and the Academy of Interactive Entertainment.

She has won MCV Pacific’s Women of the Year award two years in a row (2014, 2015), is a strong advocate for the independent gaming scene in Melbourne, and is a regular speaker at events all around the world.