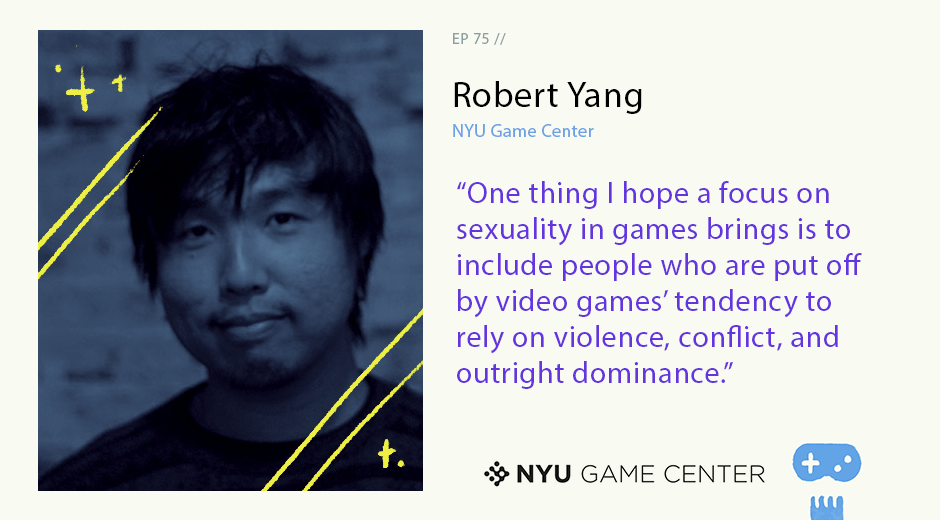 Known best for his work on The Tearoom, Rinse and Repeat, and Cobra Club, Yang believes that it’s important for game creators to include sexuality in their games, despite the fact that it’s not always easy to do so.

Join Yang and our host Jason Imms as they discuss his games’ persistent bans from the Twitch streaming platform, why he makes the types of games he makes, and what it means to create games that feature sexuality for more than simple titillation.