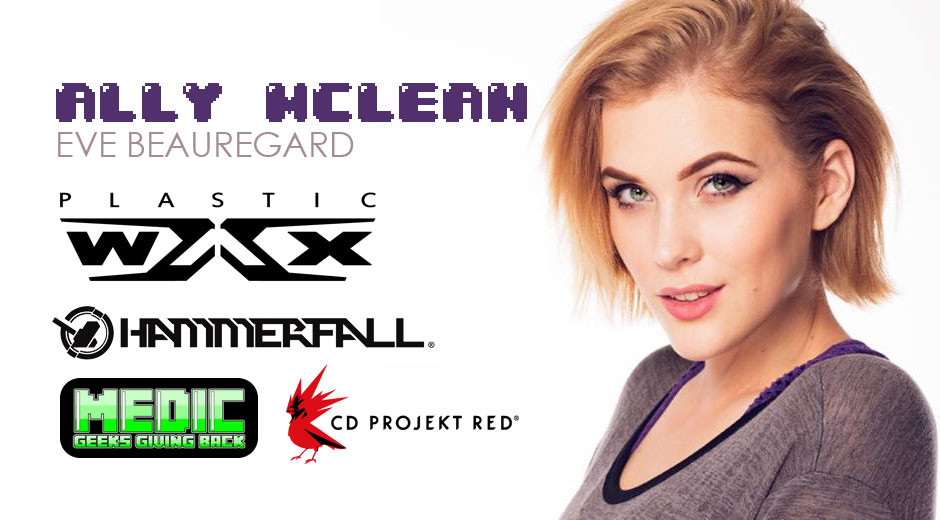 Ally is a Producer at Plastic Wax and Hammerfall Publishing, as well as the owner of her cosplay alter-ego brand, Eve Beauregard.

Previously the Marketing & Brand Manager for Living Dead Clothing, she has also worked in a professional promotional capacity for Blizzard, Microsoft, and Hi-Rez Studios, and also curates the indie game developers that exhibit at pop culture event Haven.

She worked as a consultant at CD Projekt Red, where she officially cosplayed as Yennefer of Vengerberg from the Witcher III.