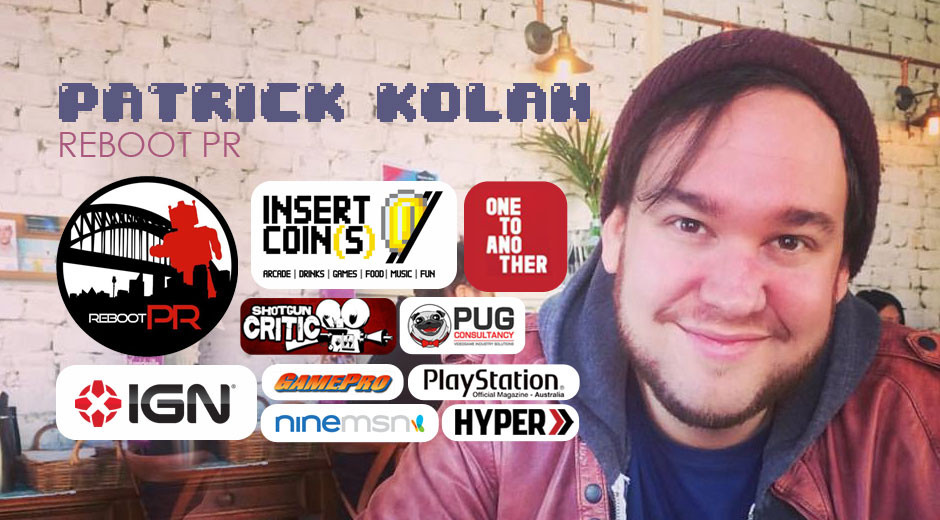 Patrick “Patch” Kolan is the Co-Founder & Director of Reboot PR, an agency that represents clients such as Bethesda, QV Software, Plastic Wax, and Final Fantasy XIV among others.

Beginning a career as a freelance games writer while still in school, Patch wrote for such publications as HYPER, PC PowerPlay, GamePro, Official PlayStation Magazine, and more. After a brief time at Pulse Communications working on the launch of the Xbox 360, he was given the opportunity to be one of the founding members of IGN in Australia, eventually becoming the Entertainment Editor.

Working across many projects, he was was the Creative Director of Shotgun Cinema (now Shotgun Critic), founded the short lived PUG Consultancy specialist agency, was the Co-founder of the INSERT COIN(S) game and club events, and a Senior PR Manager at One to Another.