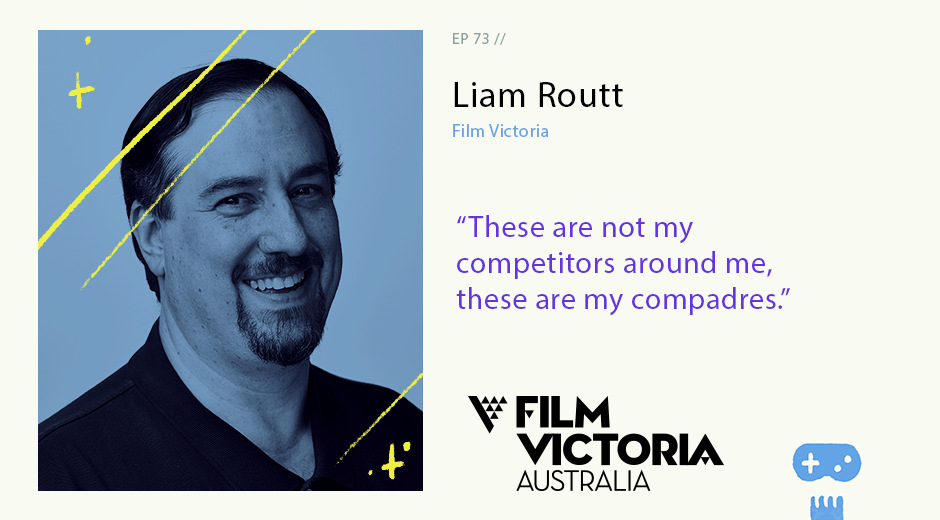 Liam Routt leads the Games and Digital Media team at Victorian Government screen agency Film Victoria, and is the very special guest joining us on Game Hugs this week!

Film Victoria has played a big part in the re-establishment of the Australian games industry since its crash began back in 2011. Liam started his career in games as a developer, and now fosters the careers of others through his work at the country’s most prolific government funding agency.

During the episode, Liam and our host Jason Imms discuss Liam’s serpentine career through the games industry, the role Film Victoria has played and continues to play, and how games communities from other parts of the country might work to influence their local funding bodies to follow in Film Victoria’s footsteps.